Biography: Alex Galis is a Professor in Networked and Service Systems at University College London (UCL). His current interests are on 5G networking, software defined infrastructure and services, network and cloud programmability and management. He has co-authored more than 280 publications in the future Internet areas: networks and services, management, networking clouds, virtualization and programmability including 10 research books. He has contributed to ITU-T standards on Future Networks and 5G Networks and he has worked on IETF drafts in Autonomic networking and network slicing. He has been a co-principal investigator at UCL on a number of EU research projects with a total UCL budget of more than 10 M£, including overall technical leadership of the MISA - Management of IP networks, FAIN - programmable networks, CONTEXT - context aware networking, AUTONOMIC INTERNET - autonomic network and NECOS - Novel Enablers for Cloud Slicing projects. He was a member of the Steering Group of the Future Internet Assembly (FIA) and he led the Management and Service–aware Networking Architecture (MANA) working group at FIA. He acted as PTC/ keynotes/ panels/ workshops co-chair of 14 IEEE conferences including TPC co-chair of 1st IEEE Network Softwarization 2015 (NetSoft 2015, hosted by UCL in London) and reviewer in more than 100 IEEE conferences and journals. He is a co-editor of IEEE JSAC series on Network Softwarization and Enablers, ETRI Journal published by Wiley and of the IEEE Communications Magazine feature topic on Advances in Networking Software. He is an International Academy, Research, and Industry Association (IARIA) Fellow (2011, https://www.iaria.org/fellows.html). He was selected as a Vice Chair of the ITU-T SG13 Group on Future Networking. He is involved in IEEE SDN initiative including co-chairing of the IEEE SDN publication committee.

Biography: Akihiro NAKAO received his BS in Physics and ME in Information Engineering from the University of Tokyo. He worked at IBM Yamato Laboratory, Tokyo Research Laboratory, and IBM Texas Austin. He received his MS and PhD in Computer Science from Princeton University. Since 2005, he was appointed as Associate Professor and at present is Professor in Applied Computer Science at the Interfaculty Initiative in Information (III)  Studies, Graduate School of Interdisciplinary Information Studies (GSII), University of Tokyo. He has been appointed as Chairperson of GSII. He has also been appointed Chairman of the 5G Mobile Network Promotion Forum (5GMF) Network Architecture Committee by Japanese government.

Abstract: While the trends of network softwarization are continuing, much attention has been focused on the benefits brought by the softwarization in networking. It is in fact deep programmability within networking in network softwarization that plays a significant role in creating values in telecommunication. As deep data plane programmability allows us to embed complex functions within network, we posit that in-network data analytics must be the next research challenge to pursue that add values in telecommunication. In this lecture talk, we introduce our research activities in data analytics within networks  in the era of “Internet of Programmable Things” where almost every network components are deeply programmable.

Biography: Dr. Sławomir Kukliński (male) received Ph.D. with honors from Warsaw University of Technology (94’), and since then he is Assistant Professor there. He is teaching about mobile and wireless systems. From 2003 he is also working for Orange Polska as research expert focused on mobile and wireless systems with emphasis to self-managed solutions. At present, he is interested in the application of cognitive techniques to control, management and orchestration of SDN and 5G networks. He led many national research projects as principal investigator and was involved in many international projects, including FP6 MIDAS, FP7 EFIPSANS, FP7 4WARD, FP7 ProSense, Celtic COMMUNE, he coordinated Polish-Luxembourgish project on Cognitive SDN (CoSDN). At present, he is involved EU-Japan project 5G!Pagoda. He was working on SDN standardization in ITU-T (Study Group 13) and now is involved in IETF activities on network slicing. Slawomir Kukliński has published more than 50 conference and journal papers, served as a member of TPC of many conferences and gave several invited keynotes.

Abstract: Network slicing is relatively new paradigm often linked with 5G, but it is not limited to 5G networks only. The network slicing comes with the promise of the existence of multiple, service-tailored networking solutions that share a common infrastructure and can be triggered on demand.  It is hard to predict the number of simultaneous slice instances in real networks, but it is commonly expected that the number can be high. Moreover, that there should be mechanisms that enable creation and operation of network slices by slice tenants (verticals) or even by the end-users. This situation is raising a question related to the way in which slice management and orchestration should be implemented. Is the centralized approach to network slicing, based on a single (per domain) MANO orchestrator, as well as single OSS/BSS appropriate and scalable enough or more distributed solutions, should be used? What should be the functionality of the tenant management interface?

Biography: Laurent works at Nokia Bell Labs in Paris, France inventing new technologies for networks,
turning concepts into real-life innovations. Recently, he is having fun (and some headaches) trying to
combine network management and artificial intelligence.
Laurent serves as co-chair of the IRTF Network Management Research Group (NRMG), and
participates in standardization activities related to network and service automation in IETF and ETSI.
Laurent serves as Editor-in- Chief of the IEEE SDN initiative Softwarization newsletter, vice-chair of the
IEEE CNOM, and Standards Liaison Officer of the IEEE Emerging Technologies Initiative on Network
Intelligence, and regularly in the technical committees of IEEE, ACM and IFIP conferences and
journals in the field of network management and network Softwarization.

Abstract: The automation of network management and service delivery is becoming critical. All major industries are rapidly digitizing and automating their businesses, relying on state-of-the-art cloud platforms and connectivity services supporting a similar level of business agility and flexibility. CSP (Communications Service Provider) service delivery and network management automation are thus becoming critical for handling the increase in overall complexity and scale of operations created by the transformation of networks into a programmable, software-driven, service-based architecture. Going forward, unprecedented operational agility will be required to support new business opportunities enabled by technology enablers, such as network slicing. In this talk, we review recent industry initiatives in their quest to the so-called “zero-touch” network management highlighting common enablers for a successful end-to-end automation.

Since being with UZH, Burkhard coordinated various Swiss and European industrial and research projects, including BC4CC, SmoothIT, SmartenIT, SESERV, and Econ@Tel, besides participating in others, such as M3I, EMANICS, and FLAMINGO. Besides being a member of the editorial board of the IEEE Transactions on Network and Service Management, Springer’s Journal of Network and Systems Management, and KICS’ Journal of Communications and Networks, Burkhard is Editor-in-Chief of Elsevier’s Computer Networks journal. His main research interests are published in well over 250 research papers and include systems with a fully decentralized con¬trol (blockchains, clouds, peer-to-peer), network and service management (economic management), Internet-of-Things (security of constrained devices, LoRa), and telecommunication economics (charging and accounting).

Abstract: Blockchains did emerge more recently in the context of the successful cryptocurrency Bitcoin, however, they support potentially a much broader range of applications. The question is, however, which applications can benefit and under which assumptions? Thus, since the network and service management community addressed relevant management tasks for distributed systems in the past, are those applicable to blockchain networks? 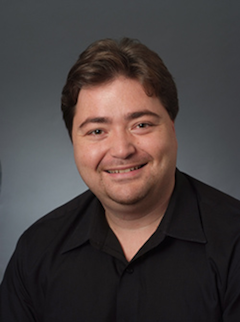 Biography: Dr. Angelos Stavrou is a Professor at George Mason University and the Director of the Center for Assurance Research and Engineering (CARE) at GMU and one of the chairs for the IEEE Blockchain initiative as part of the IEEE Future direction initiatives. Stavrou has served as principal investigator on research awards from NSF, DARPA, IARPA, DHS, AFOSR, ARO, ONR, he is an active member of NIST's Mobile Security team and has written more than 90 peer-reviewed conference and journal articles. Stavrou received his M.Sc. in Electrical Engineering, M.Phil. and Ph.D. (with distinction) in Computer Science all from Columbia University. He also holds an M.Sc. in theoretical Computer Science from University of Athens, and a B.Sc. in Physics with distinction from University of Patras, Greece. Stavrou is an Associate Editor of IEEE Transactions on Reliability and IET Journal on Information Security. His current research interests include security and reliability for distributed systems, security principles for virtualization, and anonymity with a focus on building and deploying large-scale systems. Stavrou received the GMU Department of Computer Science Outstanding Research Award in 2010 and 2016 and was awarded with the 2012 George Mason Emerging Researcher, Scholar, Creator Award, a university-wide award. In 2013, he received the IEEE Reliability Society Engineer of the Year award. He is a NIST guest researcher, a member of the ACM and USENIX, and a senior IEEE member. Under DHS funding, he designed next generation analysis and defenses for mobile devices for both Android and iOS systems, Kryptowire designed and implemented novel MDM and analysis software that can collect mobile application and network telemetry from mobile devices for which his team was awarded the DHS Cyber Security Division’s "Significant Government Impact Award" in 2017.

Abstract: The Internet of Things (IoT) encompasses a wide range of processes: sensing, computation, communication, time, context, and data, to name only a few. How can we securely manage and maintain a deployment of large networked IoT systems in a manner that allows us to integrate components from different and competing commercial vendors? In this talk, we will present our research in applying blockchain-inspired protocols as a means to deploy and manage at scale networks of IoT systems that are part of home automation, health care or industrial control systems. Our work shows how blockchain protocols can be applied in IoT systems in a meaningful manner solving an actual need without the burden of complex operations that usually accompany the blockchain concept. Finally, I will be discussing the new IEEE Blockchain initiative to foster collaboration and build a community for academic researchers, practitioners and business innovators alike, where they may meet and work together to embrace, promote and enhance blockchain technologies and their applications. 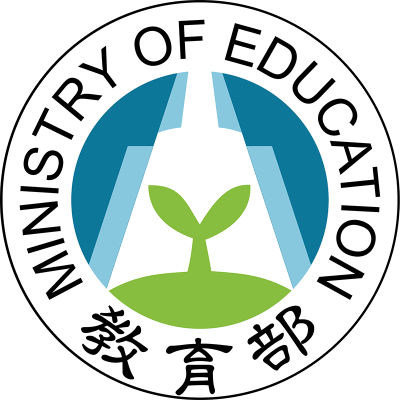